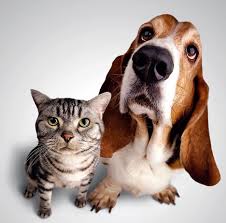 Recent news reports have brought new concerns over an old, but ever present threat. Rabies has raised its head in Colorado. There have been several reports of rabid skunks in Denver neighborhoods and reports of two dogs diagnosed with rabies—one of them in Weld county. Yes, such cases are rare, but what makes them significant is that a bite from a rabid animal is virtually 100% fatal if not treated quickly with prophylactic measures. Most likely rabies will always be present in wildlife populations, but it is preventable in our dogs and cats through proper vaccination.

A Bit About Rabies

Rabies is an acute neurologic disease caused by a virus. It can infect any mammal, including humans. The rabies virus is transmitted via the saliva of an infected animal, usually through a bite. The incubation period varies greatly—typically, symptoms begin within 20-80 days after a bite. The virus travels to the spinal cord, and up to the brain. It then travels to the animal’s salivary glands, where it will be transmitted to the next bite victim.

There are two primary categories of rabies symptoms: behavior changes and progressive nerve involvement and paralysis. Behavior changes include sudden loss of appetite, nervousness, irritability, confusion, loss of balance and abnormal aggression. Symptoms quickly progress over the next few days. Animals lose their fear of humans and other animals, often attacking without provocation. Pupils are dilated. Loud noises can provoke viciousness. Dogs will often attempt to swallow sticks, stones and other foreign objects, but may have difficulty swallowing. As the disease progresses, muscular incoordination, seizures, and coma can occur. Death results from progressive paralysis of all parts of the body, typically within a few days of when the first symptoms become apparent.

Law enforcement agencies and state health departments have strict rules for handling dog and cat bites. If you are bitten by a dog or cat, it’s important to seek medical treatment immediately. The medical team will clean the wound and likely give antibiotics to prevent infection. If you are not current with your tetanus shots, they will administer that as well. Medical professionals will contact law enforcement who will investigate the bite occurrence and the culprit.

If the pet appears healthy and is current on his or her rabies vaccinations, the dog or cat may be quarantined at home for a period of 10-14 days. If the animal seems sick and/or is not current on rabies vaccinations, it will need to be quarantined in an animal shelter. Why 10 days? Because if the rabies in the dog or cat has progressed to the point where the virus is present in the animal’s saliva and able to infect another animal or person, the animal will die or be close to death within those 10 days. If the animal does die, the head will be sent to the health department to be tested for the rabies virus. If present, or if the biting animal was never located, you will need to undergo post-bite rabies prophylaxis. You’ve probably heard about painful rabies shots in the abdomen for 21 days. Don’t worry, that may have been true in the past, but these days, you’ll undergo a regimen of one dose of immune globulin and five doses of rabies vaccine over a 28-day period. Current vaccines are relatively painless and are given in your arm.

Yes, it’s as simple as a rabies vaccination. Although vaccination is not an option for rabies control in wildlife—the virus will likely always be present to a degree in these populations—vaccination is VERY effective in cats, dogs and ferrets. However, it takes a community-wide vaccination effort to keep rabies virtually non-existent in the United States. Most municipalities require rabies vaccinations every year or three years, depending on the vaccine given.  In addition, keep cats and ferrets indoors and dogs under your control to help prevent exposure. Spay or neuter pets to help prevent unwanted strays in the neighborhood as well as reducing roaming behaviors. Call animal control to remove stray animals from your neighborhood because they may be unvaccinated or ill.

Give Powell Veterinary Service a call if your furry friend isn’t up-to-date on his or her rabies or any other vaccinations. And don’t approach any animal, wild or domestic, that is acting strangely.