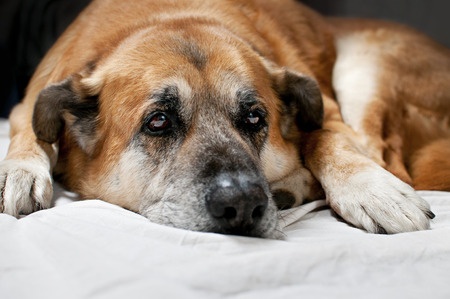 As more and more states are recognizing marijuana as a viable treatment for certain medical conditions, and a few, such as Colorado, have legalized it for recreational use, many pet parents are asking about its use in veterinary medicine. It’s a confusing topic, with few facts and lots of misinformation. Here’s an overview of what we know and what we don’t know about marijuana use in companion animals.

With medical marijuana or cannabis being used in a growing number of states for conditions such as pain relief, seizures, glaucoma, and nausea from cancer treatment, many dog and cat owners are asking why it can’t be used to treat their ailing pets. And although technically it’s not legal, even in states that allow medicinal use, marijuana is increasingly being used as an alternative treatment for four-legged members of the family. Unfortunately, because it is still designated as a Schedule I drug, few studies on its use have been conducted because of the many legal restrictions. Therefore, nearly all the information is anecdotal. But for some owners, that’s enough.

For example, California veterinarian Doug Kramer began using it on his own dog when she approached the end of her life. Cannabis eased her pain and she started greeting him at the door again. He says “high-CBD/low-THC” strains tend to work best for dogs with appetite and pain issues. THC is what produces the high, and CBD is a non-psychoactive cannabidiol oil extract. There are many other reports of owners using medicinal pot for easing end-of-life issues, increasing appetite for cancer patients, chronic joint pain, even separation anxiety. Tinctures added to food or topicals are the most common form of use in pets. But unfortunately, most veterinarians’ experience with pets and marijuana involve unintentional overdoses.

With the increasing use of medical and recreational marijuana in humans, animal health professionals are seeing a corresponding increase in pets that have eaten potentially toxic amounts. According to the Colorado Veterinary Medical Association, incidence of accidental marijuana ingestion has quadrupled in Colorado since it was legalized. Most of these cases are because owners are careless and their furry friends are not always discretionary in their eating habits. The dangers are compounded when the edibles contain chocolate, raisins, or xylitol, which can also be toxic.

Marijuana overdose can cause anything from mild imbalance to loud vocalizing to vomiting, but other animals reportedly have become comatose. There is no antidote, and your veterinarian can only provide supportive therapy such as quiet and fluids. Animals don’t enjoy being high and may become very anxious. Intentionally getting your pet high is considered animal cruelty and you can be prosecuted.

Because of the dearth of studies on medicinal marijuana use (in both humans and animals) the American Veterinary Medical Association has taken a precautionary stance for now. It reiterates that marijuana and its derivatives are federally illegal, it is not approved by the FDA for any medical use, and it is illegal for veterinarians to prescribe it in any state. There are cannabis products marketed toward companion animals in states where it is legal, but because of the lack of concrete evidence about side effects, dosages, and even benefits, you use them at your own risk. We owe it to our furry friends to provide the best care available. Hopefully, with loosening of restrictions, more studies will be done to help pet owners and veterinarians decide whether marijuana products can be used safely and effectively. We at Powell Veterinary Services do not recommend you ditch your prescription meds in favor of marijuana, until further research validates it – or not.