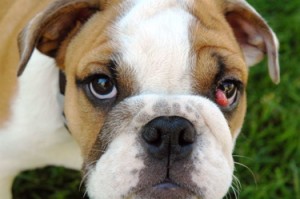 Uh oh, dog bites are up. And that comes from a source who knows–the U.S. Postal Service. According to the USPS, 6755 postal workers were bitten by dogs in 2016. That announcement comes, appropriately, during National Dog Bite Prevention Week, which runs through April 15. But postal workers aren’t the only ones who have to worry about the unpredictable nature of man’s best friend. Children are most often the victims of dog bites. But dogs don’t usually bite for no reason. They often feel threatened or are startled and react according to their nature or their training—or lack thereof. So what can you do to help ensure your family, friends or mail carrier don’t suffer a bite from your furry friend?

Most people immediately think of pit bulls, German shepherds, or Dobermans when they hear about a dog attack. But even the tiniest, cutest or sweetest pup can bite under certain circumstances. They bite as a reaction to something. Dogs may bite if they are:

No matter the circumstances, there are things that you can do to help prevent your dog from biting or keep yourself and loved ones from getting bitten.

You have a big influence on how your dog behaves in stressful or threatening situations that can result in bites. Here are steps you can take to lessen the likelihood your dog will react aggressively in such situations.

The best way to avoid getting bitten is education. Learn dog body language that may alert you that a dog is uneasy and could bite if approached. An aggressive dog’s ears are often straight up or forward, he may have a stiff stance, the fur on his neck may be standing, and his tail may be straight up or even wagging a bit. A nervous or scared dog may crouch, put her tail between her legs, yawn, lick her lips and lower her head. Typically, a nervous dog will want to get away, but if she can’t, she may growl and snap out of fear. Don’t approach any dog who is showing any of these behaviors as it could lead to a bite.

Most dog bite avoidance tips are simply common sense. Keep them in mind when around an unfamiliar dog, and make sure you do your part to prevent someone from getting bitten by your furry friend. And on a related note, make sure your pup is current on its rabies vaccinations. Rabies is a deadly disease transmitted by a bite. If your dog is not vaccinated and bites someone, not only is the person at risk of rabies, but your dog will have to be quarantined and possibly even euthanized. If your dog is not current on its rabies shots or you are unsure, give Powell Veterinary Service a call, and we’ll make sure you’re up to date.